One of the most stunning historic homes we have visited in Britain is Haddon Hall. It’s in the Peak District and so many people miss it because it is close to another impressive house that gets all the attention. We do love nearby Chatsworth but we were really lucky that our B&B hosts let us in on what must be the best kept secret of Britain. We drove down a few quiet country lanes, parked behind a big hedge off the road, walked along a winding path and over a stone bridge, and found ourselves transported back in time by 800 years and saw, up close, some of the most incredible treasures of Britain. I’m still pinching myself that we found Haddon Hall. 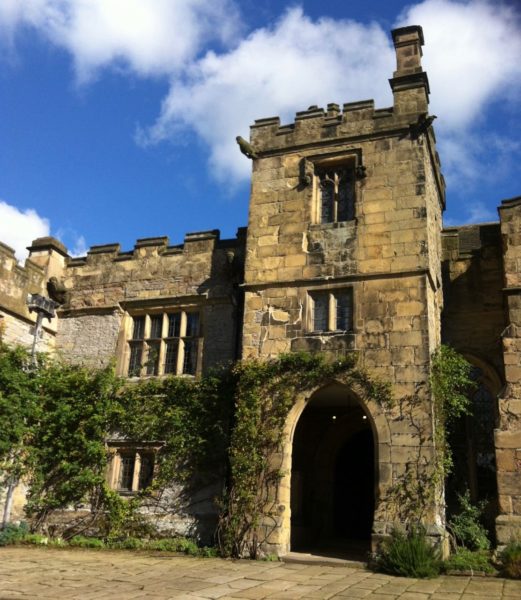 This medieval manor house is so remarkable is because in 1730 the owners walked out of the Hall, bolted the doors and didn’t return for 200 years perfectly preserving every detail about the place. When the 9th Duke of Rutland returned to open it up in 1927 he discovered that furnishings and features which would have been discarded by other manor houses over the years were still in good condition. And so a lost era is experienced here. 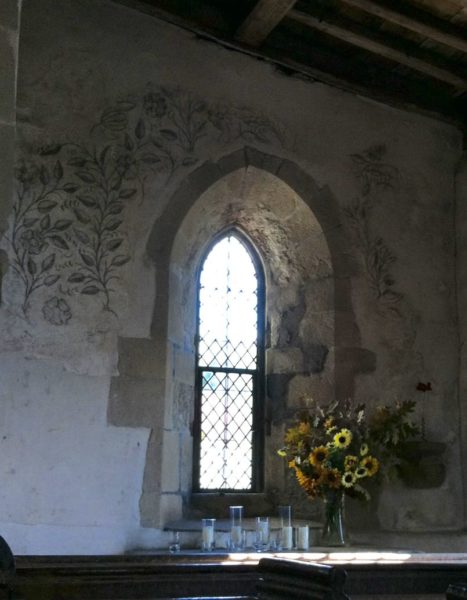 The oldest part of the home is the 12th century chapel, in a corner of the lower courtyard. I gasped as we entered the chapel, as I was so moved by the beauty within. The chapel is medieval and the furnishings reflect this, but most amazing of all are the frescoes, painted in the 15th century to illustrate and reflect Christian faith as it was expressed during that time. Some of the walls feature foliage and others biblical scenes. We visited in the autumn, when the family owners were giving thanks for the harvest and so the chapel was decorated accordingly with autumn foliage and garden produce.

That’s right: I said family owners.  I discovered this when walking through a 16th century section of the home, I peeked out of a window and saw a family playing in the upper courtyard – descendants of the first Duke of Rutland (1703) live in part of the house – it is their home. 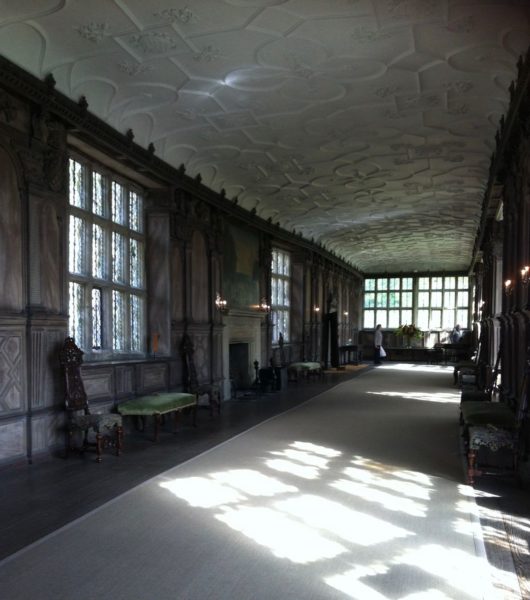 If you want to see Haddon Hall without going there – then what you must do is watch one of these versions of Jane Eyre (Zeffirelli’s 1996 film Jane Eyre, Diederick Santer’s 2006 BBC television version of Jane Eyre and Cary Fukunaga’s 2011 film of Jane Eyre). You’ll see in these films how the house has captured the 18th century.

So, what is the connection with the Tea Set? 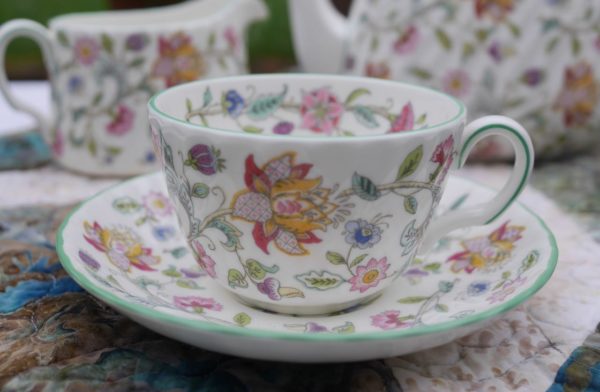 I have this tea set in my Bring Back Tea Time shop and how gratifying to see the connection between these gorgeous dishes and Haddon Hall. 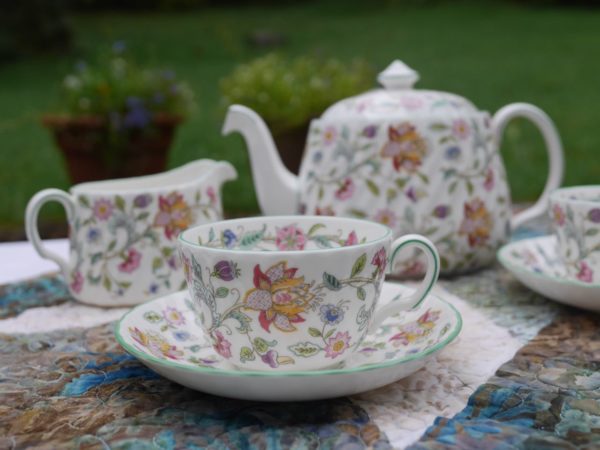 Take a look at this pattern and compare it to the walls of the chapel – what I so like about this pattern is how the frescoes from the Chapel were used in the design of the pattern. As well, the twisting ridges in the shape are surprising. It’s a lovely classic design but the history of the design and its connection to Haddon Hall makes it an extraordinary pattern. 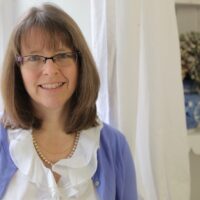